It was back in 2015 when audiences fell in love with the slow, rewarding love story of Sam and Isa in Ang Kwento Nating Dalawa. In the romance film, we follow the two as they work out their complicated non-relationship. Needless to say, a lot of audiences probably related to the story and enjoyed the heart-wrenching tale play out on the big screen. The good news is, we’ll be seeing more of their story because director Nestor Abrogena, is working on a sequel entitled Tayo, Sa Huling Buwan ng Taon. Theater actor Nicco Manalo and singer-actress Emanuelle Vera are reprising their roles as Sam and Isa, respectively. The production of the film starts soon, and it’s set for release in 2019.

Tayo, Sa Huling Buwan ng Taon, will once again follow lovers-turned-friends Sam and Isa who try to find themselves while also figuring out their own romantic relationships. (You can already tell that you’re going to be quoting this film a lot.) Also joining the cast are Anna Luna and Alex Medina.

If you need any more indication that this should be at the top of your to-watch list, you’ll be glad to know that it’ll be produced by TBA Studios, the studio behind hits like Heneral Luna, Goyo: Ang Batang Heneral, and I’m Drunk, I Love You. 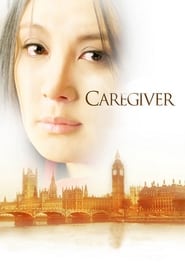