A teaser trailer for Bela and JC’s Valentine’s film On Vodka, Beers, and Regrets has just been released! VIVA Films posted the video on YouTube with the caption: “Si Bela. Si JC. Ulit. Oo. Masakit ulit.”

The film is directed by Irene Villamor and is set to hit cinemas on February 5, 2020. Irene was recently nominated as Best Director in the 2019 Gawad Urian Awards for Meet Me in St. Gallen, a film also starring Bela and Carlo Aquino.

Bela and JC also co-starred in the 2017 romantic movie 100 Tula Para Kay Stella, and were part of the Metro Manila Film Festival 2019 entry and tear-jerker Miracle In Cell No. 7.

Bela also tweeted a video of the teaser trailer, which she captioned with: “Whenever JC and I shoot now, I can’t help but think ‘paiyakin kita jan eh.’” 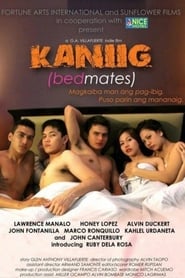