Little Opao and Biboy grew up together in an orphanage in Taal, Batangas and promised themselves to be best friends forever. As they grow older they head into separate ways; to be adopted by their respective new parents. Opao is adopted by a spinster whose failed career in acting prompts her to mould Opao into a superstar with the nickname Darling. Meanwhile, Biboy is adopted by Crisp Pops. 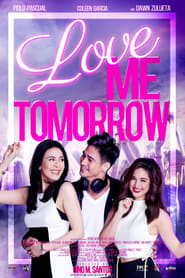