Synopsis
This Filipino Psycho-Thriller set in Greenland will give you the chills.

Psychological thrillers, when done right, can haunt you for days, especially when they’re set in exactly the right location. And what better atmosphere for a movie that will mess with your mind than the cold, unfamiliar terrain of Greenland?

In Nuuk, directed by Veronica “Roni” Velasco, the icy landscape of Greenland plays the backdrop to one woman’s spiral into a panic after being told that what she sees isn’t exactly how those around her see the world. It stars Alice Dixson and Aga Muhlach.

Nuuk, by local production house Mavx Productions and Viva Films, is the first Filipino film to be shot in Greenland and was produced in cooperation with the Embassy of Denmark. It is scheduled to premiere in October 2019. 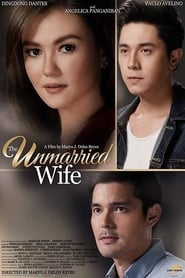