Plot Description: The King of Philippine movies and the Star for All Seasons team up in this hilarious and heart-warming romatic comedy. FPJ is Pilo, a mild-mannered bodyguard whose only daughter considers every single woman she knows as a prospective new mother. Vilma is Miling, an old-fashioned probinsiyana who stows away when she learns that her aunt has bethroted her to the richest man in town. They meet in the most bungling of situations and they become fast enemies. But when two people are meant to stay together, it doesnt really matter if their first meeting was disastrous. – FPJ Production

In this highly entertaining action flick, Fernando Poe Jr. plays Pilo, a widow driver whose only daughter yearns for a mother. Vilma Santos stars as Miling, a beautiful but combatant single lady who comes to Manila to escape an old man who wants to mary her in the province. She lands a job in a department store owned by Pilo’s employer, Bianca, played by Maritoni Fernandez. The first time Pilo and Milling meet, it starts with a kiss and ends in jail. Pilo’s blunder makes Milling hate his guts, and she demands almost the impossible for her to forgive him. But for Pilo, it’s nothing that cannot be worked out. Bianca starts to notice Pilo’s growing interest in her newly-hired saleslady. Driven by jealousy, she makes life hell for Milling. Things take a turn for the worse when a group of men hunts her down for something she unknowingly possesses. Amidst the chaos, Pilo fights for her life, hoping that this woman he loves will also capture his child’s heart. – DVD Covers

Film Achievement: The last film of FPJ and VSR.

Film Review: “…In 1996 Vilma Santos did “Ikaw Ang Mahal Ko” with the late FPJ. The film did not do well, both critically and commercially. This year also was a bad year for the local entertainment industry as Ishmael Bernal died on June 2nd. It was reported that he was scheduled to direct a film about the life story of Lola Rosa Henson, the comfort woman during the Japanese invasion of the Philippines. The project was also reportedly offered to Vilma Santos. From 1997 to 2009, Vilma Santos completed 6 full featured films, two were considered record breaking films and almost all gave her acting recognitions including two international best actress recognitions…” – RV (READ MORE)

“…Memories! I started reminiscing instantly. I want to ask Ate Susan (Roces, FPJ’s wife) nga for DVD copies of our three movies. I was only 21 when we made “Batya.” Ninety percent of the movie was shot in Hacienda Luisita (Tarlac) where we stayed for two months. He taught me how to swim in the hacienda’s swimming pool. We were with (co-star) Lorna Tolentino then. I admit that I didn’t know how to swim when I did “Dyesebel.” But the most memorable scene [from “Batya”] was the ending, where I ran after him, while he was aboard a train…” – Vilma Santos (READ MORE)

“Fernando Poe Jr. and Vilma Santos were chosen the Box-office Actor and Actress for 1983 by the Metro Manila Theaters Association during the First Cinehan Awards held at the Philippine Plaza Hotel ballroom.” – Simon Santos (READ MORE)

“Action King Fernando Poe, Jr. and Vilma Santos were awarded the Box-Office King and Queen in 1974. That year, both stars starred and appeared in the movie, “Batya’t Palu-Palo,” a sensational hit.” – Simon Santos (READ MORE)

After more than a year’s absence, Vilma Santos is back to where her heart really belongs – show business. “This is my life.” she told us at an informal dinner last Saturday. “I can’t imagine myself not making movies, or being on television.” In fact, the ‘star for all seasons,” as Santos is endearingly referred to, is very visible promoting Ikaw Ang Mahal Ko, the movie that officially signals her return to the big screen. She is reunited with Fernando Poe Jr. 20 years after Bato Sa Buhangin, their second team-up after the box-office smash Batya’t Palu-palo. The multi-awarded actress quit television and the movie last year when she and her husband Batangas Rep. Ralph Recto decided to have a baby. ” I just had to do it because I don’t want other people to accuse me later that I didn’t give importance to my marriage,” she explained. “That’s how I love Ralph so much, I can give up so many things for the sake of our marriage.” At one point, Santos almost gave up hoping that she could have another baby. She had one 15 years ago, Lucky, by then husband Edu Manzano. “But I prayed so hard that I even made a promise to Him to attend Mass every Sunday,” she recalled. I am so glad the Lord answered my prayers.” And, as if to return the favor, the Recto couple named their newborn baby Christian.

Santos remembered being house-bound for almost a year. “I am still lucky I wasn;t totally bedridden,” seh said. “My doctors allowed me some physical movements, although these were vey minimal like bathroom privileges or a short walk around the room. It was so boring I turned into a couch potato. Napanood ko na yat lahat ng palabas sa TV.” But even before she gave birth, she was already being besieged with offers. Santos said she never really intended to quit show business permanently. She studied all those offers carefully during her delicate pregnancy. When she finally emerged from her self-imposed leave, she found herself facing the cameras again. There is a whiff of anticipation in Santos’ eyes, especially on how the audience would react to Ikaw Ang Mahal Ko. Many are expecting to see her onscreen in a dramatic role something she is quite famous for. But to her, playing a light romantic lead to the country’s action king is just the right preparation for heavier stuff in the future. In a way, she is excited about this reunion with Poe. Despite having been together in just two movies, both had ignited a different kind of excitement among their respective fans. Poe feels the audience is ready for another one.

The Last Pinoy Hero – Come to think of it Philippine cinema has only one remaining screen hero – Fernando Poe Jr. His movies no matter how similar the stories and the characters he plays are, have always drawn moviegoers to the theaters nationwide. Many Filipino men look up to him as their role model. Women find him more than just a screen hero. He is to a lot of them, an enigma who subtly seduces them to watch him. Poe is possibly the only actor this side of the world that can slug it out in the local box office with Hollywood heavies like Sylvester Stallone, Arnold Schwarzenneger or Bruce Willis, and, perchance, even survive an alien invasion. He rarely goes on a promo blitz to generate interest in his movies. His leading ladies do the job for him.. But, cash register figures always prove his indubitable and formidable stature as the country’s box-office king. Remember Ang Syota Kong Balikbayan? Every industry doomsayer predicted its plunge in the tills. A least-promoted project, Ang Probinsyano similarly earned a dark forecast. Both, to every pseudopsychic’s shame earned more than what FPJ even expected. Now, will the FPJ enigma woek once again with Ikaw Ang Mahal Ko? Vilma Santos hasn’t made a movie for almost two years and her fans are eagerly awaiting her return. Poe’s fans apparently still enjoy watching their idol terminate his onscreen foes with the now-patented left-hand-multiple jab. – Isah V. Red, Manila Standard, Nov 27, 1996 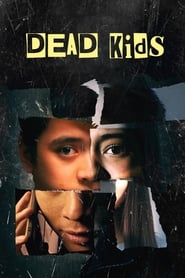